During our meeting on January 31, 2017 at his office in the Israeli Parliament Building (Knesset), Minister Gilad Erdan pledged his full support for the production of this show and said there would be no problems with access to film. In his ministerial capacity, Erdan has direct oversight of the Israeli Police, which includes the Border Patrol and other units which engage in paramilitaryand police activities in Hebron.

Erdan holds the second most powerful position in Israel's ruling party, the Likud. Prime Minister Benjamin Netanyahu is the only one with more seniority.

Following the meeting, the Executive Director of Operations for the Ministry of Strategic Affairs Ron Brummer, who was in attendance, gave us his written assurance that we would have access to create this show. 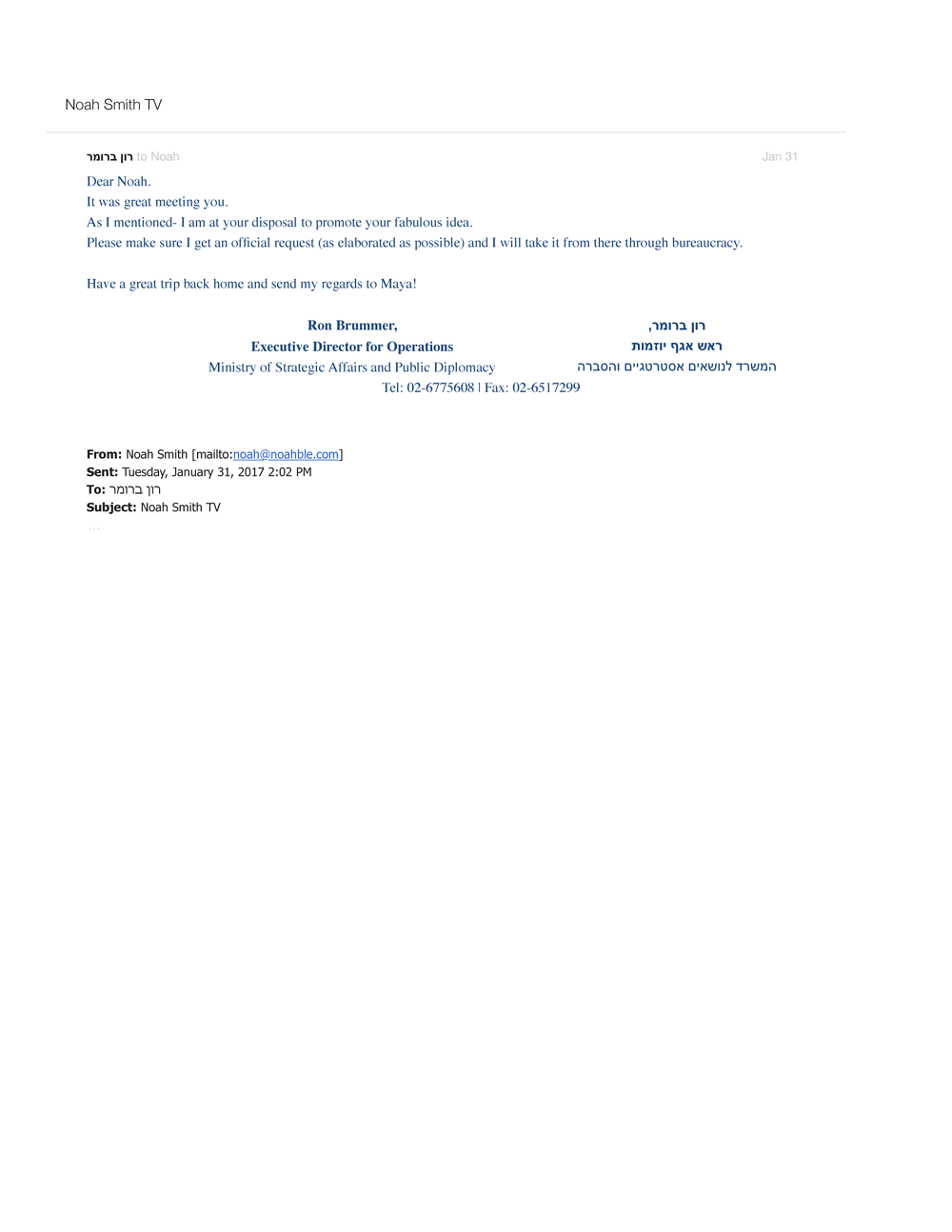