Karakal is a co-ed combat unit in the Israel military. Like all combat units in the IDF, basic training culminates with a long march, called a "beret march,"after which recruits are awarded a their unit's beret, signifiying their place as full-fledged members.

A few months prior to this march, soldiers in this unit came under fire near the border with Egypt. An IDF soldier from the artillery corps, whose unit was operating with Karakal, lost his life. Soliders from Karakal and the artillery corps returned fire and killed 3 gunmen, one of which had a suicide vest on. Later reports indiciated that a female member from Karakal hid during the attack.

The march is meant to challenge recruits, especially mentally, and push them to continue operating under adversity. Male officers in the unit, combat veterans, expressed nothing but the utmost confidence in the abilities of their female colleagues. One, a captain, said he would feel as comfortable fighting alongside the men and women in Karakal as with the all-male combat unit he was in previously-- and in some ways even more so.

The women in the unit expressed, almost universally, a strong desire to contribute to the security of their country, to do their part, as directly as possible. 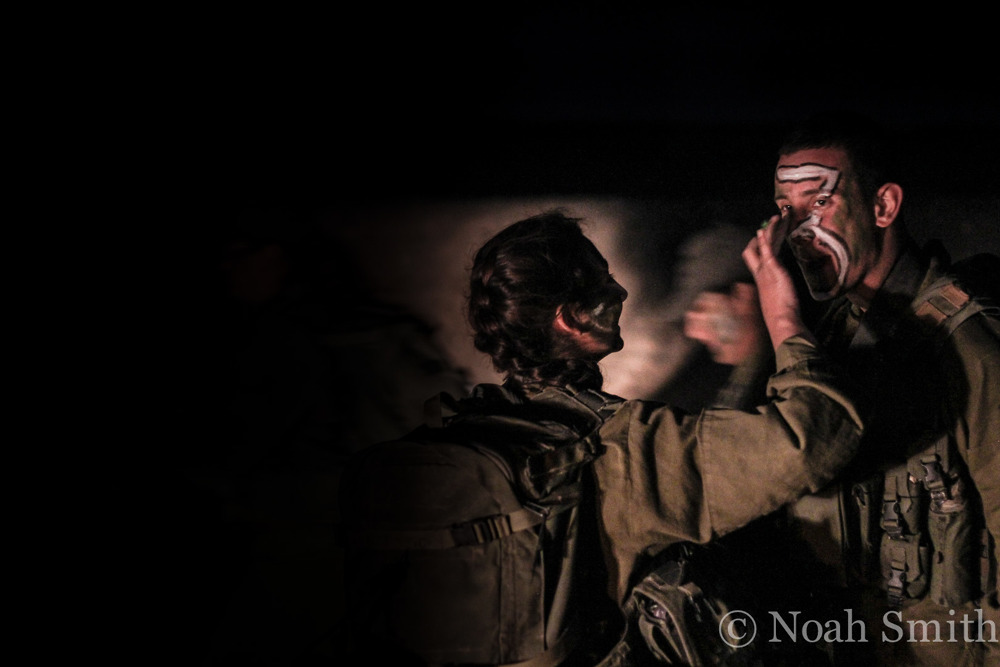 Soldiers help each other "get into character."

Staging area prior to the march.

Karakal soldiers wait to get going.

The start of the long march into the desert.

A more senior soldier peeks out of one of the supply vehicles.

There were still smiles to be found. That would end.

A female officer leads the way.

Soldiers interrupted the normal pace with bouts of running.

A soldier, carrying an assault rifle with a grenade launcher, waits for her comrades during a break.

It was a long march. Longer with full combat gear.

There was a pretty solid spread.

The supply convoy drives off.

Each solider took turns on the heavier equipment.

During a break, hours into the march.

Preparing for the next phase, in which soldiers must be carried on stretchers.

Waiting for the next bit of fun.

Getting towards the end of the exercise.

Crossing a main road, with the unit's senior leadership.

Having reached the endpoint, the soldiers awat final orders.

Soldiers found their parents and siblings at the finish line.

A soldier is awarded a Karakal beret.

Families look on. The ceremony had a feeling similar to a high school graduation.